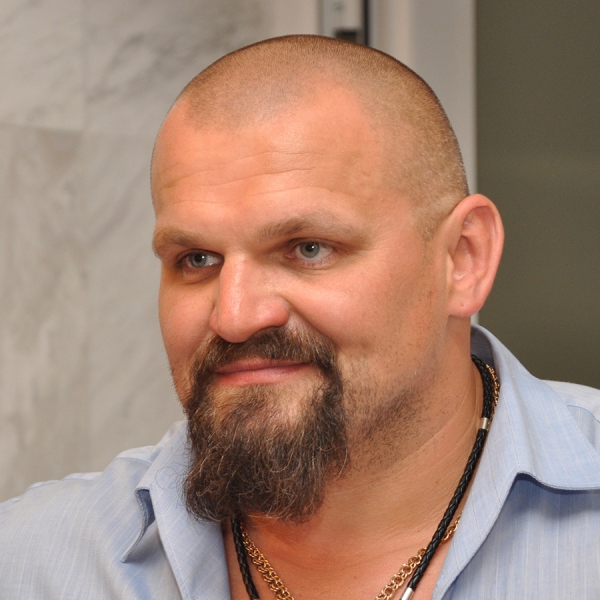 Among his athletic achievements, he won the title of Master of Sports (1995), and in 1998 Master of Sports of the international class, twice was recognized as the «Most Powerful Man on the Planet» (in 2004 and 2007). He has been listed several times in the Guinness Book of Records.

In addition to sports, he enjoys motorcycle riding.

Married and has two sons.