The week of thematic excursions has started 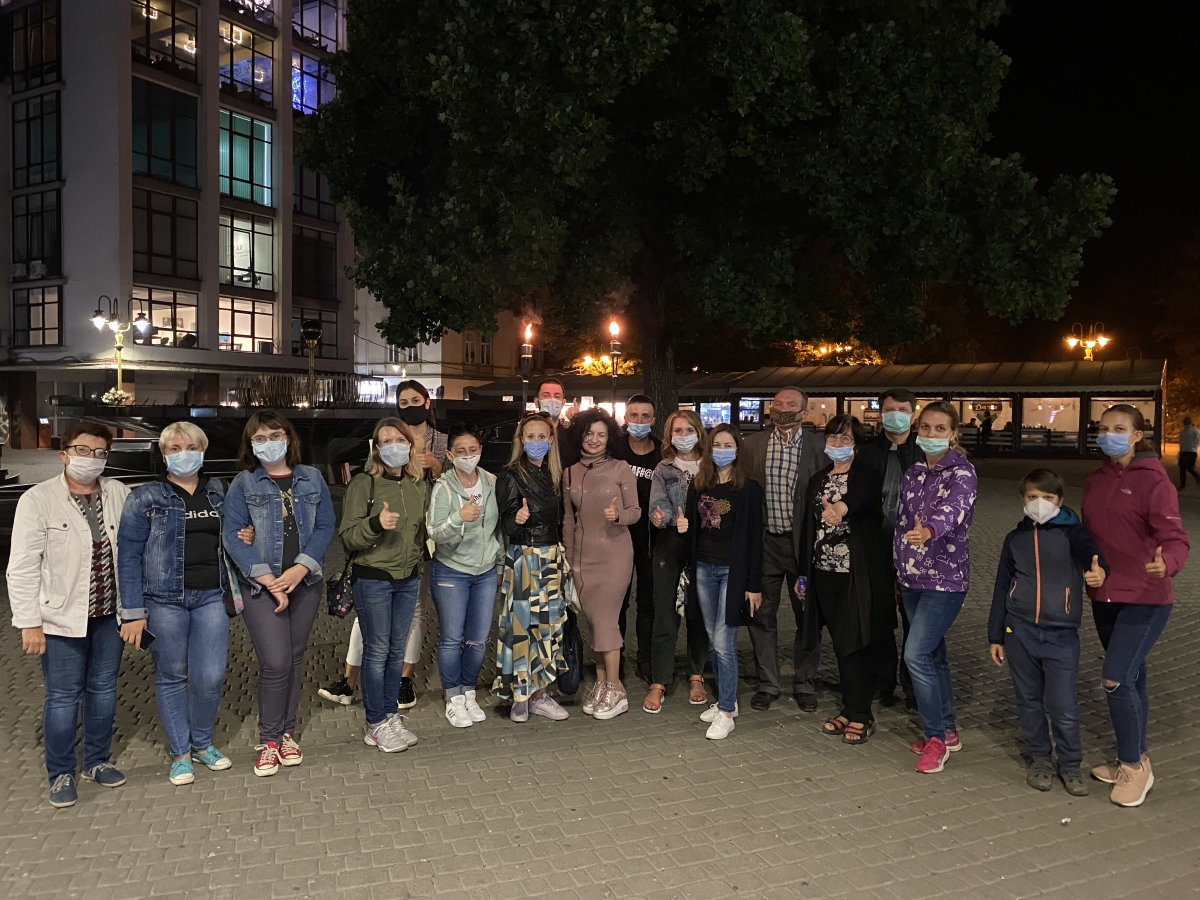 Let's explore the city together!

As part of the celebrations of World Tourism Day, residents of Ivano-Frankivsk have a great opportunity to feel like travelers in their own city and learn the secrets of its streets, immerse themselves in the world of legends and stories.
So yesterday, "Evening Lights of Ivano-Frankivsk" was lit for everyone, that's what the name of the first tour, which was conducted by one of the best connoisseurs of the city - Lyudmila Zhyrak.
The atmosphere of the evening can be adopted by viewing photos from the tour. We promise that the next thematic walks in Ivano-Frankivsk will be no less interesting.

Red zone and increased quarantine restrictions
Strict quarantine will be introduced in Ivano-Frankivsk region on Friday, February 26. The decision on the "red zone" was made by the state commission on technogenic and ecological safety and emergencies.
New tourist stands
So the tourist did not get lost
Ivano-Frankivsk Airport closes the top ten in the list of the busiest airports in Ukraine
Rating from the state enterprise of air traffic services of Ukraine
Important information for tour operators!
Reminder of the need to submit a statistical report to the licensing authority for the previous year by March 30
Winter Vacation Quarantine
We remind you that from January 8 to 24, 2021, Ukraine will introduce stricter quarantine restrictions❌
Congratulations to the representatives of Ivano-Frankivsk tourist facilities on winning the #SafeTravels Contest
All-Ukrainian competition "#SafeTravels Contest" is held by the National Tourism Organization on a partnership basis to promote the implementation of the Global Initiative WTTC "SafeTravels" and reduce the negative effects of the spread of the COVID-19 pandemic in tourism and hospitality in Ukraine.