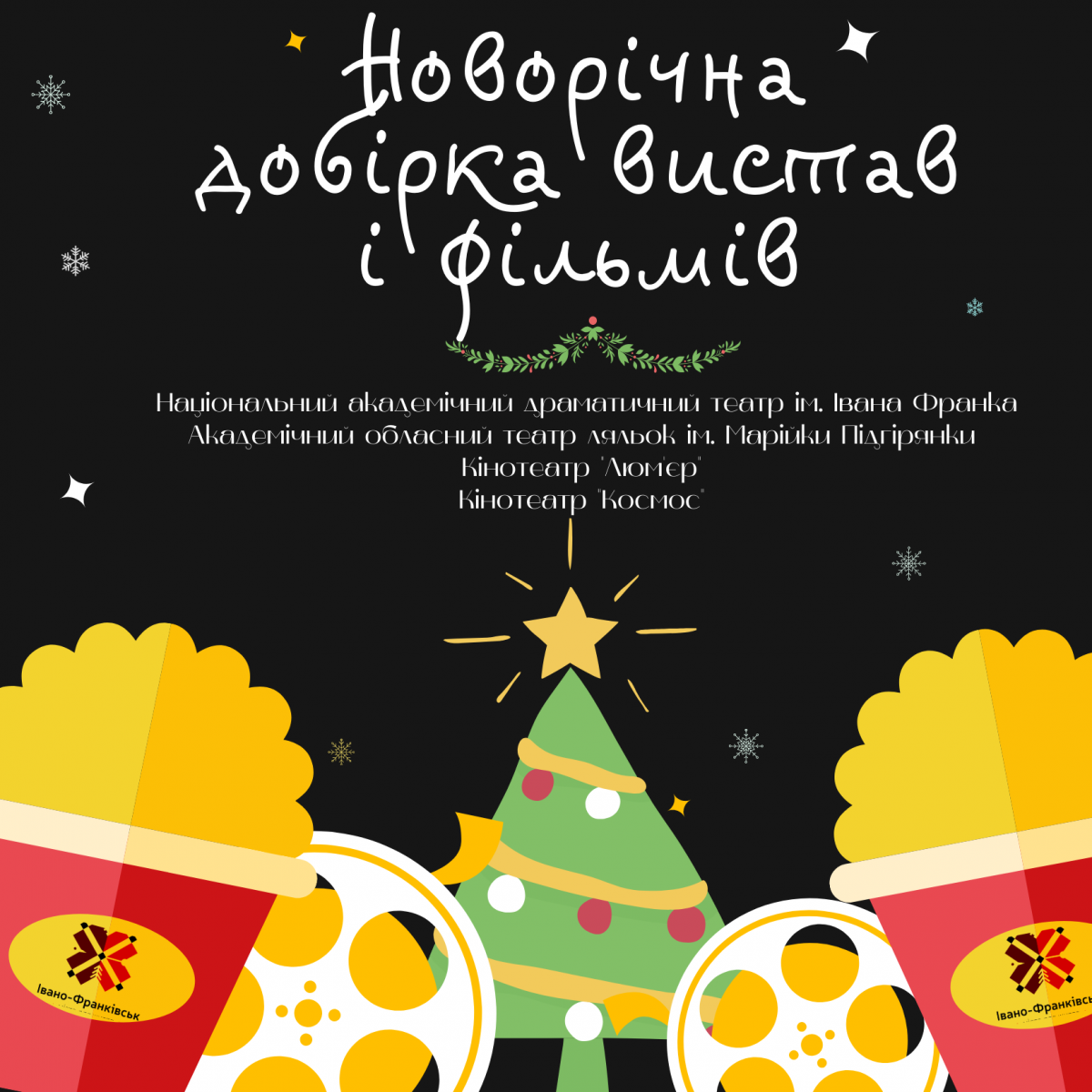 A selection of plays and movies to create a festive mood. Come with your family or friends and let a real Christmas miracle settle in your hearts.

"Hell's Banner, or Cossack Christmas"
Premiere 31.12. at the Lumiere Cinema Theater
A story about heaven and hell, good and evil, about the Cossacks and evil spirits. The film is based on the book "About an old Cossack, a Christmas devil, four horns and a Cossack family" by Sasha Lirnik, who became the screenwriter of the film.
"Hunting for Santa"
Premiere 31.12. at the Lumiere Cinema Theater
The Christmas ad shows a red-cheeked, friendly Santa whose interests are just cookies and milk. This is NOT our Chris Kringle.
???? "Soul"
Premiered at the Lumiere Cinema and the Kosmos Cinema
The cartoon will make you think about what it means to have a soul.
"Once at Christmas"
05.01. at 17:00 in Ivano-Frankivsk Academic Regional Puppet Theater. Mariyka Pidhiryanka
Christmas show for preschoolers and children of primary school age